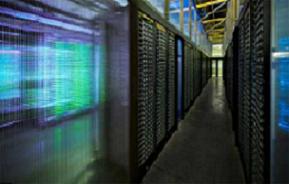 An article just published on the Data Center Knowledge website quotes Facebook's operations manager on their plans for server inlet temperatures in their new facility in North Carolina.

“Our teams have learned a number of things over the past few months of operation, which have led to changes in our second phase of Prineville as well as our new data center in Forest City, North Carolina,” wrote Yael Maguire on the Facebook blog. “Comparing our first phase of Prineville with how we plan to operate Forest City, we’ve raised the inlet temperature for each server from 80°F to 85°, 65% relative humidity to 90%, and a 25°F Delta T to 35°. This will further reduce our environmental impact and allow us to have 45% less air handling hardware than we have in Prineville.”

Once again, the leading companies in the major data center and cloud services businesses have shown that it is quite feasible to operate servers at temperatures that are much higher than traditional thinking.